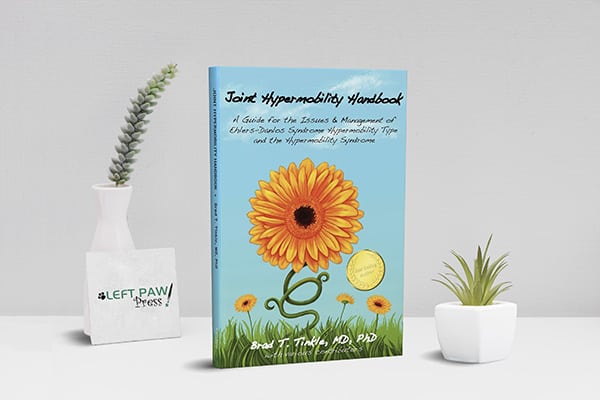 You can also get a copy in the iBooks store.

Dr. Tinkle has received many accolades for his ability to take a complex condition and make it understandable in everyday language:

“…provides a wealth of information about the natural history, and physicaland medical management… It should be of great value to patients.” — The American Journal of Medical Genetics

“This book is simple but not oversimplified. It is an excellent basic resource, giving a clear, concise, and useful overview for those (like myself) who live with hypermobility.”

“Super book for EDS!  Finally a book that everyone can understand.”

“…thoroughly explores the problems associated with EDS-HM.  It is a relief to realize that it is not just me…”

In addition to the wealth of positive reviews, Dr. Tinkle’s previous book on the same subject was a best seller in several categories: